From 27 May to 11 June, Governments’, Workers’ and Employers’ representatives from 187 ILO Member States discussed world of work issues at the International Labor Conference (ILC). This year, occupational safety and health , apprenticeships , as well as the social and solidarity economy  were among the items on the agenda of the Conference.

A Surinamese tripartite delegation  participated in this ILC. The Vereniging Surinaams Bedrijfsleven (VSB) was represented by our Deputy Director Mr. Kamlesh Ganesh. The delegation also consistsed of Mr. Glenn Piroe, on behalf of the Ministry of Labor and Mr. Heinrich Rozen, on behalf of the trade unions. Mr. Ganesh participated and contributed mainly in the General Discussion Committee: Decent work and the social and solidarity economy (SSE). He was nominated by the International Organization of Employers, and then selected by the General Discussion Committee to contribute in the drafting group of the conclusions on behalf of the Employers group. In this regard he actively contributed to the employers group in preparing discussion points, formulating proposals and amendments to the conclusions of all the discussions that have been held in this Committee. 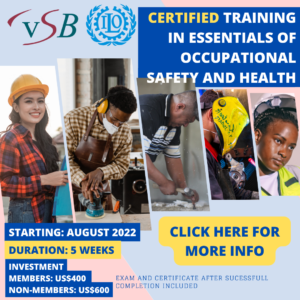 Randstad Workmonitor 2022: a new era in the #howwework revolution

Market Sounding for the Development of the North Facility in the port of Paramaribo, Suriname

The Occupational Safety and Health Context