RUBIS Suriname officially opens its first service station at Tamanredjo Service Station with an exciting event on Saturday, July 2nd to mark the occasion. The station, formerly a Roy Boedhoe Enterprises (RBE) Service Station was rebranded to RUBIS and will be one of three stations planned for conversion this year.  The opening, which coincided with the Emancipation weekend (known as Keti Koti), was celebrated with local delicacies for customers, a mini fuel promotion and lots of RUBIS giveaways.

The new station employees sixteen (16) employees. In addition to Ultra Tec fuel and Rubis Lubricants customers can also visit the convenience store which has a Hershey’s Slushies offering.

RUBIS officially launched her brand to Suriname in November 2019 with the opening of a new state-of-the-art terminal at Putcherweg 24, Wanica, to distribute Ultra Tec gasoline and Ultra Low Sulphur diesel via the RBE network of over 40 service stations. Since then, the company has acquired several C&I customers, launched Rubis Lubricants and supported several social corporate responsibility projects.  Some of these CSR initiatives included donations towards to the construction of the AZP Hospital Cat Scan Unit, the development of breast cancer awareness videos for the Pink Ribbon Foundation, tablets and backpacks to schools and donations of PPE to the local hospital in support of the fight against the Covid 19 virus.

Enjoy highlights of the opening event by watching the video below 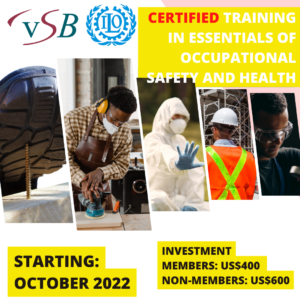 Kick Off Training to coconut planters and processors in Suriname

SHTTC has a new Board

Meeting AAC with Minister of Labor